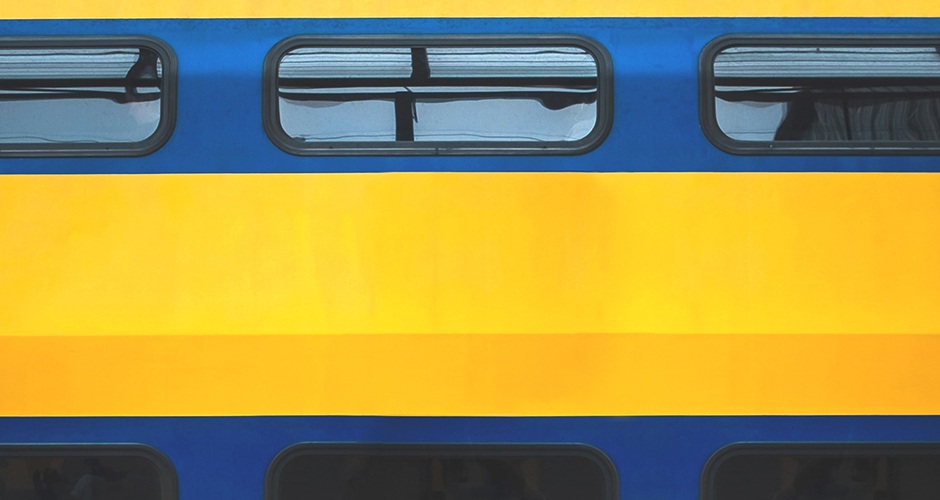 Believe me, I usually love to show off my Kaleido. I attach it somewhere on my upper arm, matching it with my colourful outfit, and wear it with pride.

When people on the street notice my Kaleido, they are quite intrigued and not afraid to say: ‘Sorry, but what’s that thing on your arm, if I may ask?’ I usually follow this up with a whole lecture on diabetes. I explain the difference between type 1 and 2, and that there’s no such thing as ‘mild’ diabetes. Teachers will be teachers.

I always enjoy these conversations; I like raising awareness. I’m usually so enthusiastic about Kaleido that even people who don’t have diabetes want one!

I recently took the train to the south of the Netherlands, to visit my father on his birthday. I arrived a little later for my transfer in Eindhoven because the first train was delayed. It was then that I suddenly realised I’d lost my public transport pass.

The transfer was tight, and then I had to sort this out. It was 26 degrees, and I ran like crazy through the station with all these presents in my shopping bag. I was sweating a lot but kept running until I reached the ticket counter. I tried to explain what was going on, but my speech was more like drunken gibberish. Crap: a hypo. Only six minutes until my train leaves.

‘Yes, I’ve lost my pass. I think I left it on the train. -Oh, then you’ll have to go to the ticket counter on the other side of the stat… What’s that on your arm, if I may ask?’ While one employee tried to explain things to me, another wanted to know everything about ‘that thing’ on my arm. As I put a dextrose tablet in my mouth, I glanced at the clock: one minute until the train leaves. I took a deep breath and decided to accept the situation. I was late anyway. ‘Well, that’s my insulin pump…’