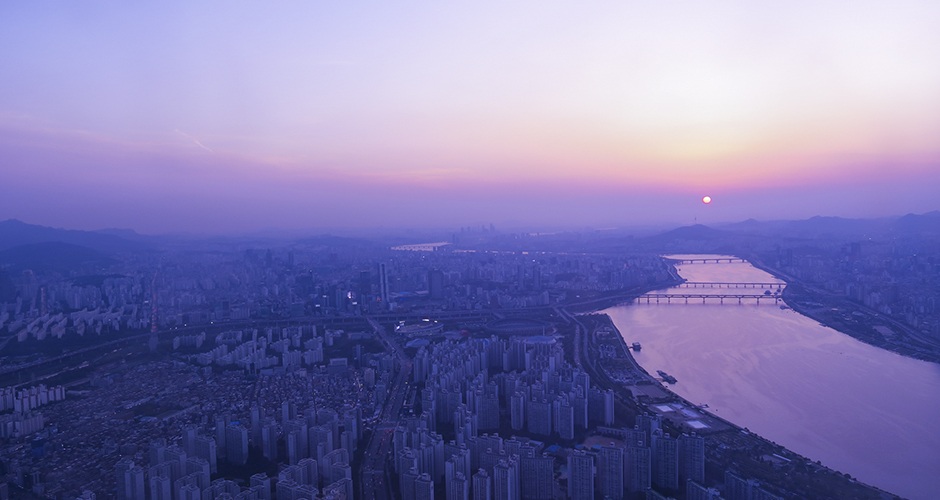 Your guide to Korean barbecue at home!

About a year ago, I went on my first holiday outside of Europe
and the plane went to.. South Korea! There are lots of reasons
why I think you should go there too one day if you get the chance,
relaxed atmosphere, friendly people, beautiful nature, interesting
history, few tourists, k-beauty, fantastic.. FOOD!

If I have to pick only one favourite out of everything I ate there, it would have to be Korean barbecue.
Apart from being a party for your tastebuds, it’s also a fun, social, colourful and relatively healthy, low carb
dining experience to share with friends and family where you sit together and eat for hours. Right now is
unfortunately not a good time to book a flight to Seoul to experience the real deal, but therefore I wanted
to share how you can organise your own Korean barbecue at home.

How does it work?

If you go to a barbecue restaurant in Korea you’re often seated around a table grill and either grill meat
yourself or have a waiter doing it for you. The table will be stuffed with small bowls with side dishes and
dipping sauces and a pile of fluffy salad leaves. When you have grilled the meat and cut it into small pieces
with scissors you put it in a salad leaf together with a small amount of each side dish and some sauce,
wrap it to a package and stuff it into your mouth with your hands. You only use chopsticks or a spoon for
putting side dishes into your wrap.

It’s not necessary to have a table grill, you can just grill the meat on the stove or normal barbecue and
serve in a bowl as the side dishes that goes with it are cold and quickly cools everything down anyway.
You can either try to fit a little bit of every side dish into the wrap or take just a few and try different
combinations.

Side dishes, banchan, are actually just as much stars of the show as the meat. It’s often pickled, marinated
or fermented vegetables but there are endless variations and they can also include fish, seafood, soup,
rice or noodles. Below I’ve listed my favourites and how to make them. They can all be prepared a day
in advance (except the hardcore version of kimchi) and if you get leftovers you can throw them into a
bibimbap rice bowl or salad. The below is enough for dinner for two people.

Mix vinegar, sugar, salt and gochugaru. Slice the cucumber thinly, ideally on a mandolin. Mix with the
scallion and the rest of the ingredients. Put in a bowl, cover with foil and put something heavy on top to
press out the excess water from the cucumber. Leave in the fridge for at least 20 minutes or overnight.
Pour out the excess cucumber water before serving.

Bring vinegar, sugar, salt and the chili piece to a boil until the sugar has dissolved. Let it cool down. Put
the vinegar mixture and chili in an airtight glass pot together with the onion and ginger. Leave in the fridge
overnight and serve without the liquid. It can stay good in the fridge for at least a week and it’s a fantastic
hamburger topping too.

Boil 2 litres of water. Put the spinach in a strainer and pour the boiling water over. Rinse with cold water
and squeeze. Mix the other ingredients in a bowl and stir in the spinach. This is ready to eat immediately
but can also be prepared the day before.

These can be pickled too but I like to keep them raw and crispy!

These can be fried separately in a pan but they’re also delicious to throw in the pan with the meat (see
next chapter). One perk of quarantine life is certainly that you can eat as much garlic as you please
without bothering anyone!

Last but not least, kimchi! This is a must for making it properly Korean. Kimchi is cabbage that has
fermented in a chili paste and the national dish of Korea. I always have a big batch of homemade kimchi
in the fridge and eat it with a lot of other dishes, but you can also buy it in Asian grocery stores and even
some normal supermarkets nowadays.

Making it at home needs a bit of labour and some days to ferment (the longer it ferments the stronger the
taste), but there are also shortcuts to get kimchi flavours quickly. Here is a recipe for an almost traditional
kimchi and here is one for a quick emergency version. Kimchi might smell a bit like fart depending on how
long it has fermented, but once you get over that you will crave for more!

The most common barbecue options on the menu in Korea are beef and pork belly. If you get good quality
of those you don’t need much more, but you can also make a bulgogi marinade and marinate chicken,
mushrooms, tofu or whatever else you like. Meat is not a must.

You can use any type of lettuce you like or mix different types but I personally prefer mini romaine/little
gem as it has a good size, steadiness and crisp.

Ssamjang is a flavourful fermented soybean paste commonly used with Korean barbecue, it’s a tiny bit
similar to Japanese miso paste. You can make it yourself, but I usually buy it from an Asian grocery store.
It’s quite thick in the pot but can be diluted with a few drops of water.

If you like it a bit more spicy you can also add gochujang, which is a chili paste and one of the ingredients
in ssamjang. It’s not extremely spicy but packed with flavour. It can also be used for the classic Korean
fried chicken which is another gem of the Korean cuisine.

This one is not super common in Korea but nice for an extra dimension. It’s easily made by mixing a good
quality mayonaise, soy, sesame oil, garlic and grated ginger to taste, but you can often buy it bottled in an
Asian grocery store too.

Koreans often drink beer and soju with barbecue, which works very well to neutralise between the
flavourful and sometimes spicy wraps. Wine can be a good match too as long as it’s not conflicting with
the strong flavours of the food. Go for a red along the lines of Chianti, Zinfandel or Malbec, a dry rosé or a
light white Sauvignon Blanc or Riesling.

And you’re done! If you also want something Korean themed to watch after your dinner I can recommend
the fantastic K-drama Itaewon Class which is now available on Netflix.

Anna is a graphic designer and allround creative based in Utrecht where she lives with her boyfriend and
two cats. In her spare time she likes to cook, drink wine, travel, design and dance her socks off at techno
parties (nowadays hosted at home).